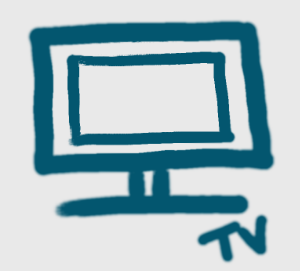 So I broke down and actually bought myself and PS4. Late AF I know, I know. I was waiting till I was done with school as to give myself less distractions. But it was a pretty good deal and I couldn’t pass it up. Anyway when registering all my info I seen that they had DramaFever. A Korean Drama network. And I’ve been mostly watching that and dabbling in playing games here and there. I can’t hunker down in my video game sessions like I use to.  I think the last time I did that was the first Call of Duty Black Ops where I played so long I actually master prestige and started all the way back over.  Plus, I actually was a Nazi Zombie die hard fan then too. Anyway I’ll talk about my love for video games another time.

I’ve watched K-Drama’s before on Hulu and on Crunchyroll so it’s not anything new except a bigger selection. I love that most of the shows are only one season and it’s 16 episodes usually. Which means you don’t feel like you wasted your whole life watching a whole season of a TV show. The way you feel after finishing a whole show on Netflix. Anyway I just wanted to do a quick run down of the ones that I’ve watched since my new found love for DramaFever.

I really enjoyed this show and it’s what started my half month K-Drama marathon. The story is about a girl who gains some weight after being one of the most sought after girls her whole childhood/teenage life. She meets a guy who she dates for 15 years and when she thinks he’s going to propose to her…you guessed it he breaks up with her. She goes on a journey oh rediscovering her lost beauty and confidence while also falling in love. Watch here

This show started out really great but it started to get pretty uninteresting. I really didn’t like the main character. He seem pretty lazy and wanted everyone to do everything for him just because he was attractive. I did like the female lead and her personality was charming, and funny. But I felt that the unrequited love interest (Lee Jang-woo) was a lot more attractive to me. But the main character did become more appealing after he stopped relying on his looks for everything. Watch here

Adorable! That’s one word that I have for this show. The main character is funny, relatable, and endearing. It’s the story of a girl who is interviewing for her dream career and mistakenly ends up meeting the most unfortunate guy in town. Even though he’s one of the most attractive. A love triangle ensues, along with some family and business drama. Watch here

This show was also really quick and it was more like a short webisodes as each episodes’s run time was between 12 to 15 mins. It about two people who unexpectedly fall in love while both on a trip for work. Watch here

Have you watched any k-drama, or j-drama that you think everyone should checkout? drop a message in comments.