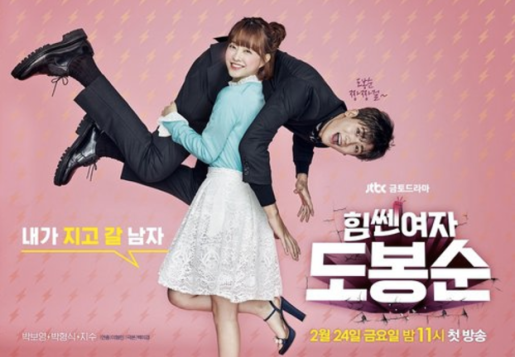 Last episode ended with the police finally having a grasp on the murderous kidnapper. With DBS confirming that he is in fact the dude we are looking for. Time to suit up and boot up! The episdoe starts with the police believing that they caught the culprit. Right after DBS saying that Kim Jang Hyuk is the correct criminal.

IGD done all but confessed his feelings to DBS by telling her not to so back to Ahm Min Hyuk. But he was too late in expressing any romantic feelings.

AMH does an adorable impression of DBS and sits down to explain that he not gay. He used the gossip for marketing and that he loves the ladies.

IGD risked getting fired from the police department to confront the culprit and comes across a bunch of camera and spy gear that only a creepy stalker would use. Kim Jang Hyuk feigning innocent pisses him off and he starts to beat the shit out of him. It made me pretty happy. He might not have a shot at his recently realized love. But, he can beat the shit out of the bad guy. During the commotion he notices the shoes that they have been looking for underneath this asshole’s desk. Unfortunately, for IGD Kim Jang Hyuk had a camera recording the whole fight. Which he promptly sends to the police.  IGD already knowing the situation just comes back to work to resign, like fuck it. I’m going off the rails in this bitch. Then proceeds to go back to the damn junk yard. His old co-workers quickly come to calm him down and carry him away. He was ready for part two of what happened earlier

After getting talked out of having DBS coming back to the hospital. Her mom substitutes in. AMH seems quite thrilled. Especially when she forces him to eat spicy chicken feet.

That celebration for Do Bong Soon getting a full-time position. Bruh!! If all jobs did that people might feel more appreciated. But when AMH hit her with that sign that said Project Planning and Development that was till in her office space in his office. I cried with laughter. The shade of it all! She was so disappointed.

If this guy bull co-worker looks familiar it’s because he played 3 minor characters. Kim Kang Bok, Oh Dong Byung, and the priest that DBS’s mom frequents. ODB had the nerve to bully our girl DBS cuz the CEO is his man. TRICK WHERE!?!? She got his ass back though and it was hilarious. He ended up yelling his undying revenge though. Him and CEO’s secretary had a heart to heart as victims of DBS.

The episode ends with a decleration of love. being said to DBS from AMH. I know he said like but c’mon he’s been in love with her since she saved his life that day. She also found that painting of her he had.

This episode was good because show is starting to get really interesting with the cops at least the special units not looking like idiots. We also got to see the like growth between Do Bong Soon and Ahm Min Hyuk. It was great seeing the chemistry between them and the end was the icing on the cake. That will they won’t they got me in every scene. The guys who plays all the character was hilarious as Oh Dong Byung he was even more of an ass, then vengeful loser version of his other character. But he’s very entertaining and I actually liked his characters fashion and hairstyle.  I can’t wait to watch the next episode. What parts were your favorite? Be sure to check out my other post about Strong Woman Do Bong Soon linked at the top of the page, and make sure to check out my posts as we finish off the season.