It all started with a meme that a friend on Instagram took way to seriously….

I seriously want to know why people think it’s perfectly fine to judge somebody because they don’t want to have kids. Like is it so hard for you to wrap your head around somebody not wanting that commitment or responsibility. But I never really wanted to have kids I talked about it when I was younger because that’s what everybody talked about and I did the little stupid games that most girls did. The how many kids are you going to have ones. By the time I was in high school I came to the conclusion that I didn’t want to have kids. People look at me crazy when I said it then and do now. Sorry I don’t get it nor do I want to. I have other plans for my life that don’t involve children. And it pisses me off when people say but you were a kid what happens if you your mom didn’t have you oh well I would have been born as somebody else. Or Some other animals. That was my mom’s decision. 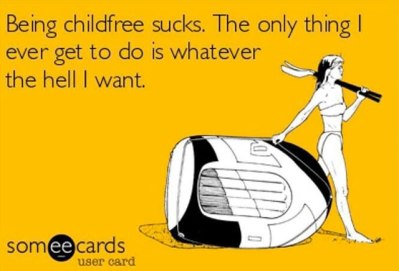 And I also hate how people love to say that oh you’re such and such age and you don’t have any kids it must have been because you had abortions. No m*********** its because I’ve actively went out of my way to make sure I didn’t run into any situations where that s*** would happen. I’ve I’ve only had two pregnancy scares ever in all my 35 years of life. I’m sure my uterus was on the same wavelength as the rest of my body. Is it so hard to imagine someone taking the extra steps to make sure things didn’t happen. Or I could have been infertile from the beginning. I always had horrible periods and issues with benin cysts. 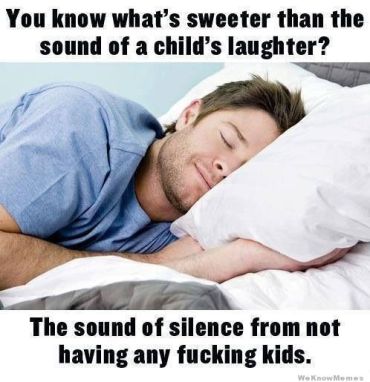 I’ve had a partial hysterectomy. Which quickly stops any talks about me having children. But I sympathize with women who wants children who get unwanted pressure from friends and family. It seems like As soon as you date you get pressured into marriage and then children. Like can we stop living like it 1950 up in this bitch. It’s 2018 and statistics show people are actively not having children. It started in Japan with declining marriage and child birth rates and now it’s starting to spread to the rest of the world. People want to break traditions the don’t believe in. People should be able to do that without being looked down on or being though as less than. But humans are judgmental and comparative, myself included.

P.S. That talk with my friend is still up on my Instagram.