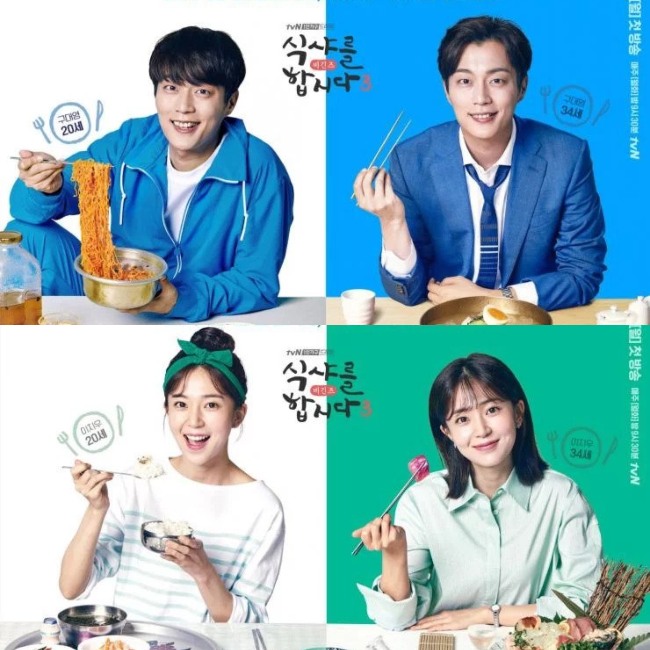 We last left off, with all three main characters meeting up in the street in front of DY and GW meeting up.

But, this episode starts off from a scene where SY is trying to scam her way into staying at Woo Sun’s posh pad. Which unfortunately works because her cousin wants him to keep an eye on her. She still recovering from giving birth and needs to get in top shape to kick SY’s ass. I think there will be plenty of flirtatious bickering.

Dae Young seems to be seriously considering taking up Woo Sun’s offer to work in a new career field revolving around food. I hope he does he needs a change after what happened to him.

Ugh I can’t stand Seo Yeon! I like her hair color though. Red is to much upkeep for me.

DY turned him down for the position. Damn him!!!

Seo Yeon is at least actively looking to find her scammer business partner. Firing the maid. That shit wasn’t cool at all. I got lightweight upset for him. Are you really going to clean this guy’s house?

If this old man doesn’t stop acting like he’s deaf all the damn time!!! He heard those damn cans though ah hahahaha.

The landlady isn’t messing with them running up her water bill. Granny don’t play! Her and her husband collecting bottles and cans for extra money. I can’t knock the hustle. I wonder how much they get for that? I remember it didn’t really come up to that much when my dad did it.

GY can’t get anything to her self. Her sister shows up and makes herself a part of the soccer team DY made. Albeit that his friends asked her too. She also got one of them to do her chores.

GY at least has food being different with food on her side. Which she seems to have a real knack for. She makes to too tastier.

I def would not carry his big ass. I would wake him up and make him walk. He love his track suit wearing ass already!

Now we are getting somewhere. GY totally blew her off and it was marvelous. That story SY gave about why she doesn’t talk to her stepsister sounds like the nice version. I’m sure she did something selfish. Since that seems to be her motivation for most things.

Geez that hug was totally gross

FOOOD!!! I never thought beet noodles would look tasty. But, they made me want to try it.

Alright, I feel slight sympathy towards SY running around looking for her business partner. It looks like Sun Woo also feels sympathetic. Too bad she didn’t convince DY to go ahead with the job offer.

This episode was alright. I just don’t like GY’s sister very much. It was annoying seeing how SY kept putting herself in the middle of DY and GY budding relationship. She always has to get all the attention. It was also sad seeing that DY was about to get married. I think it’ll be halfway through the show before any kind of romance kicks off between them. But, I could be wrong. I will give SY one thing this episode. Her nickname for Dae Young’s friends SIS (Stupid, Ignorant and Shit). So far they are living up to it hilariously.

What did you think about this episode? I’m I the only one not liking SY at the moment? Maybe whole season?